12.5 years ago, in February 2008 RunnerMaps came online, this is the date of the first published route, Rondje Diever (loop around Diever). The first snapshot on the Internet Archive is from 28 February. Good moment to look back. And to look forward. And to celebrate with a nice race! 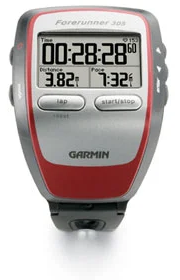 Around that time, there were already a few web sites where you could plan a route. The reason to create RunnerMaps was to be able to upload a route to your watch. I used a Garmin Forerunner 305 and Garmin had the Communicator Plugin to transfer data between a web site and your device. Using these, you could plan a route, send it to the watch, and navigate by following the line on the watch. RunnerMaps was one of the first sites that enabled this.

By now the Communicator Plugin does not work anymore, since most browsers don’t support the technique any longer. The last update was from 2014. Recent Garmin devices work differently: you see them as an additional drive on your computer. You simply copy a GPX file to the NewFiles folder to upload a route. Or even better, upload it using your mobile phone and the Connect Mobile app, this will also add Turn-By-Turn directions. 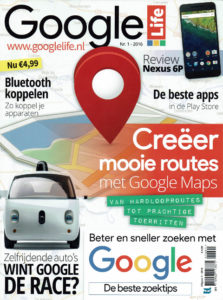 An alternative way to follow a route was using Google Maps. You could make a route on RunnerMaps and open it on your mobile phone in the Google Maps App. That was much easier than planning in Google Maps itself, according to the Dutch magazine “Google Life”, that issued a special about creating routes with Google Maps and devoted an article to RunnerMaps (in Dutch):
“As long as Google itself does not make it this easy, this is the perfect place for hikers and runners to create their routes”
“RunnerMaps is very user friendly. You click on the map and the route is drawn before your eyes. Google can learn from this.”

Later that year, Google Maps was adapted and it was no longer possible to open a route directly in Google Maps. Fortunately, there are alternatives, you can now simply follow a route in RunnerMaps on your mobile phone. No spoken directions, but on the screen you see exactly where the route is and where you are yourself.

User friendliness and innovation have always remained the pillars for RunnerMaps. Inspired by the well known interface of Google Maps, but making it easier by focusing on creating routes.

RunnerMaps has been among the first to implement these innovations:

Aside from the specific routing applications, RunnerMaps did more:

Of course, RunnerMaps will continue to develop further. In the pipeline:

But first, let’s celebrate! On 23 August, there will be a (virtual) celebration run, with distances from 1500 meter to a full marathon. No doubt your favourite distance is included.

If the tools and articles are useful to you, please consider a donation to support further work. Many thanks!